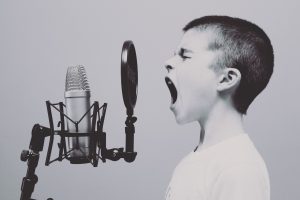 Edit/note | Thursday 4/17, 7:30am: After some excellent conversation,  via Twitter, I want to acknowledge that this post reflects my experience and thinking regarding use of multiple Twitter accounts, and I should have been more careful in the wording of my title – which reads as a fairly strong declaration on authentic pedagogy requiring a person to only have one account. I recognize that there may be plenty of good reasons – fully operational as a part of one’s authentic pedagogy – to have multiple accounts. Institutional policies may well be an example of such a reason, particularly if a person is engaged in controversial work. Seeking to separate oneself as a persona or character might be another. There are likely plenty of others.

“Even the smallest choices we make as teachers are pedagogical.”

In his workshop session at the Emerging Technologies for Online Learning conference last week, Pedagogy in 140 Characters or Less: Teaching with Twitter in Online and Hybrid Classes, University of Wisconsin-Madison professor and all-around cool dude Jesse Stommel led our group through some reflection on and practice in using Twitter as a part of our teaching practice. (small disclaimer: while I am not currently a practicing teacher, I continue to live in my mind/heart/soul as one, and will be again in practice. Do/think with this disclaimer what you will.)

In one component of the workshop, we explored how Jesse uses Twitter to present himself to his students. Working from somewhere in the realm of fully-embodied, 3D, real-life person, Jesse shared that his Twitter is both for personal and professional use because, well, he does both personal and professional things. And for him (and others in the workshop), it’s pedagogically important to him that his students see that.

And beyond that, he noted, our students see that anyway. If you use Twitter and you’re presenting a false or restrictive “best self,” students see through it and it can impact how they engage with you. That’s to say that from a pedagogical standpoint, how we present ourselves on Twitter matters. From the profile picture, to the header pic and even the background pic, Twitter provides viewers a window into a who a person is through the profile.

If we are an inauthentic person to our students, then they might begin to take cues that other parts of our teaching – say, our intentions, our assessments, and our content – might be inauthentic as well. While it’s possible that students may not care at all, they could take it as a sign of the kinds of impersonal, transactional schooling we’re striving to go beyond in distance ed.

Here are some tips from the session for using Twitter as a pedagogical tool, with respect to who you present yourself as:

Which brings me to…myself (of course)

Why do I have two Twitter profiles, then? I did it because I was scared, mostly.

In my personal life, I happen to like bourbon, among other things. Actually, I should be more precise: I happen to think I’m something between a bourbon connoisseur and bourbon aficionado, insofar as I keep up on bourbon industry news/happenings, visit distilleries, follow bourbon culture, and occasionally* participate in bourbon tasting groups around town. A significant reason for why I came to be enamored with bourbon, specifically, is because learning about the culture, history, and craft of bourbon and bourbon-related things seemed to me a healthier way of approaching alcohol than I sometimes saw (and still see) college students and young professionals approach it. I’ve also been told that my grandfather was a bootlegger at points in his life, and as a native Appalachian, I even tend to romanticize the connection of my bourbon affinity to my roots.

Also, I have opinions about things, which I assert I am more or less entitled to do as a person living on this planet. I’d like to think that I’m engaged enough with the world to feel comfortable sharing my opinions from time to time. But I’m sensitive to the thought that as an employee of THE Ohio State University (see?), I represent it as well as myself (this very blog post, in fact, happens to be on an OSU-hosted domain). As such, I have frequently operated with the fear that publicizing opinions that might be, for whatever reason or another, controversial – OR – publicizing content related to (gasp!) ALCOHOL would be the kind of things that higher-ups (always, the nameless, faceless higher-ups, right?) would frown upon. And the behavioral manifestation of this fear was to just not post about stuff that I otherwise might have. Personally and/or professionally.

Yet as I moved into my current role w/ ODEE, I came to realize not just the need, but the incredible value of engaging w/ colleagues, friends, and other professionals on Twitter. I need to be out there learning and sharing, I thought to myself, and my colleagues and supervisors said as much, too. After all, they were (and are! See the bottom of this post for a list of my incredible colleagues’ Twitter profiles).

Unfortunately, nearly coincidental to that realization that I need to engage in my work publicly was the distinct, chest-tightening pang of fear. Oh no! People will see that I like bourbon and have opinions and who knows what else! Must. Not. Expose. True. Self. As a part of a new team that is working to become a voice in the OSU community for promoting and supporting faculty in matters related to distance education, my fear began to drive my thinking about how I would approach the social media landscape.

The totally obvious and semi-delusional conclusion I came to? I decided to create a separate, brand new account that would be dedicated solely to PROFESSIONAL THINGS. It was a perfect idea to appease my fear, really. A clean digital slate! No links to my other self, nothing that would indicate that I’m anything other than a pristine, shiny professional.

So I did it. You can find me here: @scragg_OSU. Follow me, challenge me, love me!

In the first hour, it was perfect. I was attached to OSU by my very handle, both legitimizing me to potential faculty, and binding me to a brand with which I’m proud to be associated. This will be really professional, and pretty good, I thought.

Then, somewhere between Hour Two and every hour since then, reality happened. My colleagues had already come to know me as a different handle, my original handle of @bscragg, and when it came time to present at OSU’s annual ed tech conference, Innovate, I wound up in the program with my bio page listing my original, personal Twitter handle. While I was trying to establish my professional-only account, many other people were happily posting where they’d been directed.

And so it has gone. In the past 48 hours, after attending yet another conference, new friends who wanted to search for me (perhaps not knowing my OFFICIAL PROFESSIONAL Twitter handle – the nerve…) found and tweeted to my original personal Twitter handle. I foresee that this may well continue, and rightly so, so long as I exist in two places.

As a quick share on a lesson learned that probably doesn’t need much elaboration here: I’m not in control of how the rest of the world searches for and/or engages with my Twitter account(s). And I suspect you’re all that not in control of yours, either.

Wading through the mess, or: what do to now?

So, I’m @scragg_OSU and I’m @bscragg. I’m the same Ben in both instances, but I’m now forced to chose between two places where I will assert/document/LOL my existence via Twitter.

As Jesse noted in his session, we are ALWAYS simultaneously representing both ourselves and our institutions. We acknowledge our freedom of speech does not wholly/partially protect freedom from consequences when we say (or Tweet) dumb or offensive things. But to think that we can totally separate ourselves, as whole humans, between the work we do (and live within, as is often the case) and all the other stuff that’s not work, is not just wrong or silly. It diminishes who we are.

Of course in retrospect, at this moment, I wish I were only one of these, which would likely be the original handle created years ago. And yet, I’ve come to build professional (and personal!) relationships through my OSU-named handle, establish a presence, and, generally, grow. I like the scragg_OSU handle, and even as much I now wish I’d never created it from the start, I don’t think I want to abandon it. Each account itself is a beautiful thing, even still, if the thinking and decisions behind why they exist are a product of the messy contingency of my professional pedagogy.

It’s funny, but the old fear of being professional has now been overtaken by the fear of creating a sense of redundancy for friends, colleagues, and others in my network. As a result of having dual accounts, that is, I will likely have to live with the consequence of having two Twitter accounts that people can find and post to. The burden of working between two accounts will probably fall to both my followers and to myself.

Broadly, I have decided that I will not try to push people to one account or the other, in the event that people post professional content/links/questions/comments to my personal account, and vice-versa; all are free to post at whichever account is most convenient for them, as I was the one who used real means to overcome an artificial divide.  Though I will likely continue to use the two accounts for separate purposes, I don’t think others – particularly people I care about! – should have to exert additional effort in making that choice.

I write this bit of guidance, related to one’s Twitter, as a product of what I’ve learned.

I can assert that I am perpetually, at once, a whole person: professional at times, myself at all times. I also assert that THE Ohio State University, in spite of my fears to the contrary, accepts, appreciates, and supports that I’m a whole person, too. I take that to be true even if/when they don’t, in the strictest sense, endorse the particular content of my speech (which I presume to be the case here).

As such, I might recommend that you consider embracing your wholeness, both digitally and corporeally. Don’t live in fear like I did, not wholly because fear can be bad for you, but because, as Jesse shared with us, your students will see through it anyway. Your colleagues will, too. Enable your presence – be it on Twitter, Facebook, or any other place you participate in teaching and learning – to speak to your bold assertion of being a human being. Have courage, and encourage your students to do the same.

And finally, if I accomplished anything with this post, I hope I encourage you to embrace the mess that our digital age can be. As Jim Groom has shared, there’s plenty of mess sitting in the afterglow of the Interwebs of Christmas Past. I’m not bigger than the Internet, which is another way of saying I’m not bigger than the planet or what’s happening on it. Rather, I just want to contribute to it, and I encourage you to do the same.